In a study concerning used car sales in Illinois, Autolist found Boone County ranked within the top 50 counties in Illinois for the cheapest prices when buying a new car.

In fact, Boone County placed 38th out of 86 counties surveyed in Illinois.

There are 102 counties in Illinois. Autolist did not have enough data for every county.

“In conducting the analysis, Autolist referenced over 4.5 billion individual data points [price listings of given unique vehicles] of used vehicle listings from the period of Nov. 28, 2012 until June 30, 2016,” Autolist reported.

“To create final rankings and deviations from expectations, Autolist specifically analyzed 419,123,761 data points from the period of April 1, 2016 to June 30, 2016. Based on the analysis, Autolist was able to confirm statistically significant price differences for all makes and models with a large enough sample to provide statistical significance on both the local and national level.”

In other words, Autolist specifically analyzed price listings from April 1 through June 30 and cross referenced the data from price listings between Nov. 28, 2012 and March 31, 2016 to see if the trend in the three month period matched the historical trend over the past few years.

The study solely focused on used cars. So, if a car cost over $1 million or had zero miles listed on the odometer, it was rejected from the study.

“The data points used included both historical and active listings aggregated from various major car sales sites across the internet,” Autolist said. “The sites from which Autolist aggregates includes, but is not limited to, Edmunds.com, Autobytel, EBay, and hundreds of other major automotive retailers. Autolist combined these sites to form the largest active online marketplace on the internet, featuring over 4.4 million listings.”

By creating this online marketplace, Autolist was able to determine the average used car sale price for specific brands, makes, and models of car pricess per state.

After determining the state average, Autolist broke up the study into county and city levels to see which counties and cities were ranked as having the lowest prices compared to the state level.

After collecting the initial data from the online car seller sites, Autolist used no other external sources for their study. Instead, “Autolist created their own data set and intellectual capital to generate all numbers.”

In that respect, Boone County is still in the cheaper half of the spectrum when it comes to buying a used car in the state of Illinois.

Autolist will continue to collect data and will regularly republish updates when available in the future. 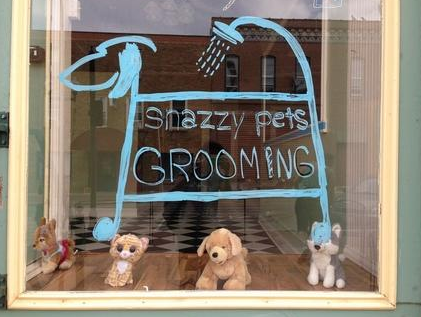 Aug 11 2016
BELVIDERE – The pets around Belvidere may soon look a bit spiffier thanks to a business that is about to open downtown. Snazzy Pets Grooming is expected to open around the first of September at 107 Buchanan Street. Owner Rhonda Borcherts-Surratt, who is a certified groomer, has been thinking about the storefron...Continue Reading