Boone County is strategically located in relation to major expanding markets for goods, services and suppliers. It is close to major employment centers, both to the east and west, and is served by interstates, rail and air service. Boone County is at the heart of the midwestern industrial belt, only minutes from Rockford and an hour from Chicago. Further, it is only a few hours by drive to any of the Midwest major cities, such as Cleveland, Detroit, Indianapolis, St. Louis, Milwaukee, Minneapolis and Des Moines.

Boone County is the midpoint to the I-90 Regional City. A region anchored by the cities of Chicago, Milwaukee, Madison, and Rockford. Our Regional City is the fourth largest urban constellation in the US, home to 17 million people.

The I-90 Regional City connects top public and private-sector research in Madison and Chicago to centers of incubation, product development and manufacturing throughout the corridor

The Chicago Rockford International Airport (RFD) is located 85 miles northwest of Chicago and encompasses over 3,000 acres. The airport is home to 30 industrial tenants and the largest regional parcel-sorting facility in the UPS system – the only facility of its type that handles coast-to-coast cargo. Our airport has progressively evolved from a general aviation facility to a dynamic commercial service airport. RFD is presently ranked as the 24th largest cargo airport in the nation and the 224th largest passenger airport. Currently, Allegiant Air offers non-stop flights to Orlando,Las Vegas, and Clearwater/St. Pete (Tampa Bay Area); United Airlines flies non-stop to Denver and to over 100 connecting destinations and Apple Vacations offers seasonal service to Cancun. RFD averages between 21-25 flights a week. 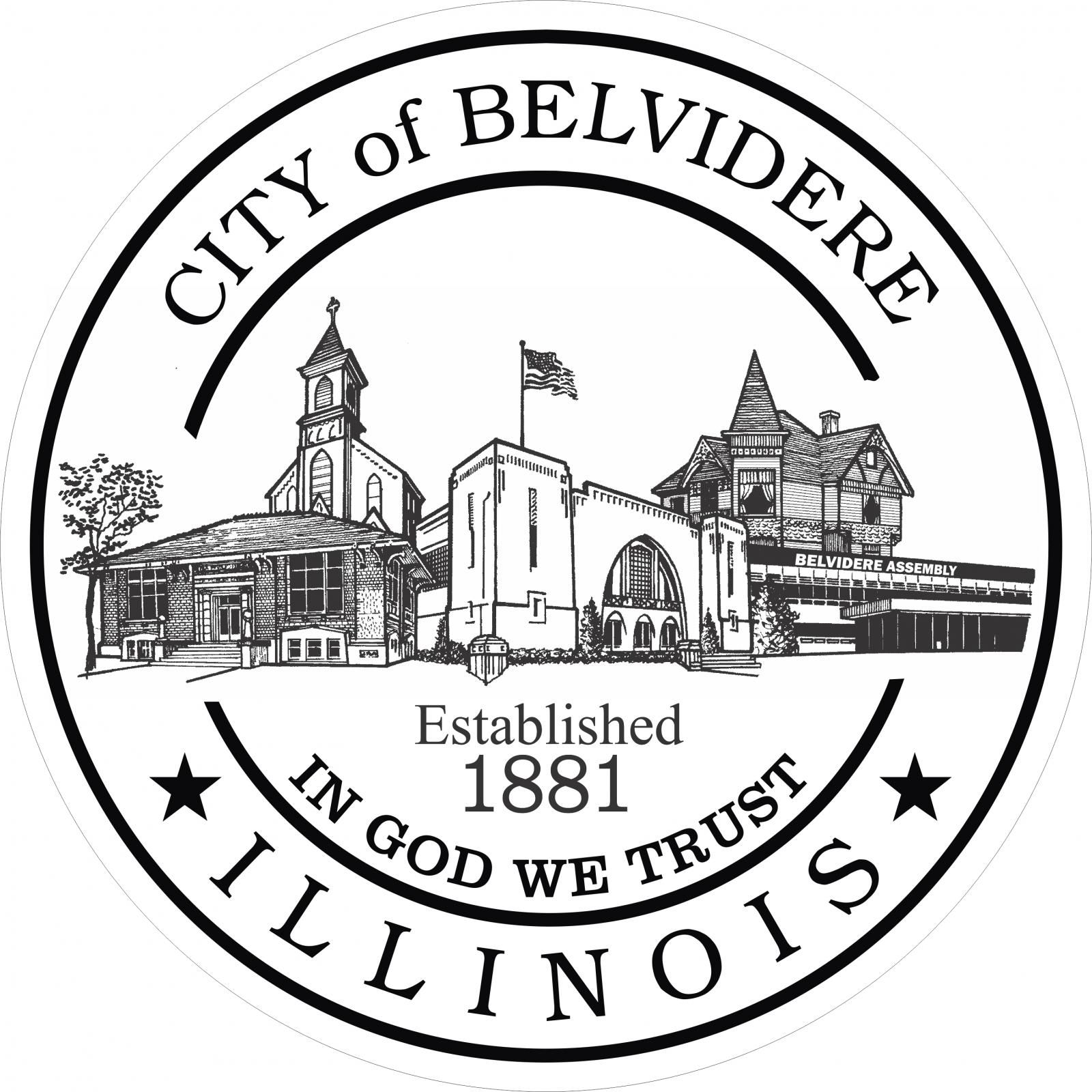 The largest electric utility in Illinois, ComEd is a unit of Chicago-based Exelon Corporation (NASDAQ: EXC), a Fortune 100 energy company with approximately 10 million electricity and natural gas customers. ComEd powers the lives of more than 4 million customers across northern Illinois, or 70 percent of the state’s population.
ComEd's service territory borders Iroquois County to the south (roughly Interstate 80), the Wisconsin border to the north, the Iowa border to the west and the Indiana border to the east.

ComEd was recognized as a 2020 Energy Star Award Winner for the 11th year in a row by the U.S. EPA for their efforts to help their customers reduce usage and operating costs. Furthermore, the American Council for an Energy Efficient Economy (ACEEE) ranked ComEd 4th out of the 52 largest utilities for helping customers increase their energy savings and reducing their greenhouse gas emissions.  Learn more HERE.

They have elevated their interest in solar, which has started to proliferate throughout Northern Illinois. More information on solar can be found at www.comed.com/solar; including information on ComEd’s solar incentives of up to $500,000 per business location.

See how Illinois’ assets are driving growth, creating jobs, and powering the needs of your business. Whether you are looking to expand or move your business here, plug into the ComEd Economic Development Team. 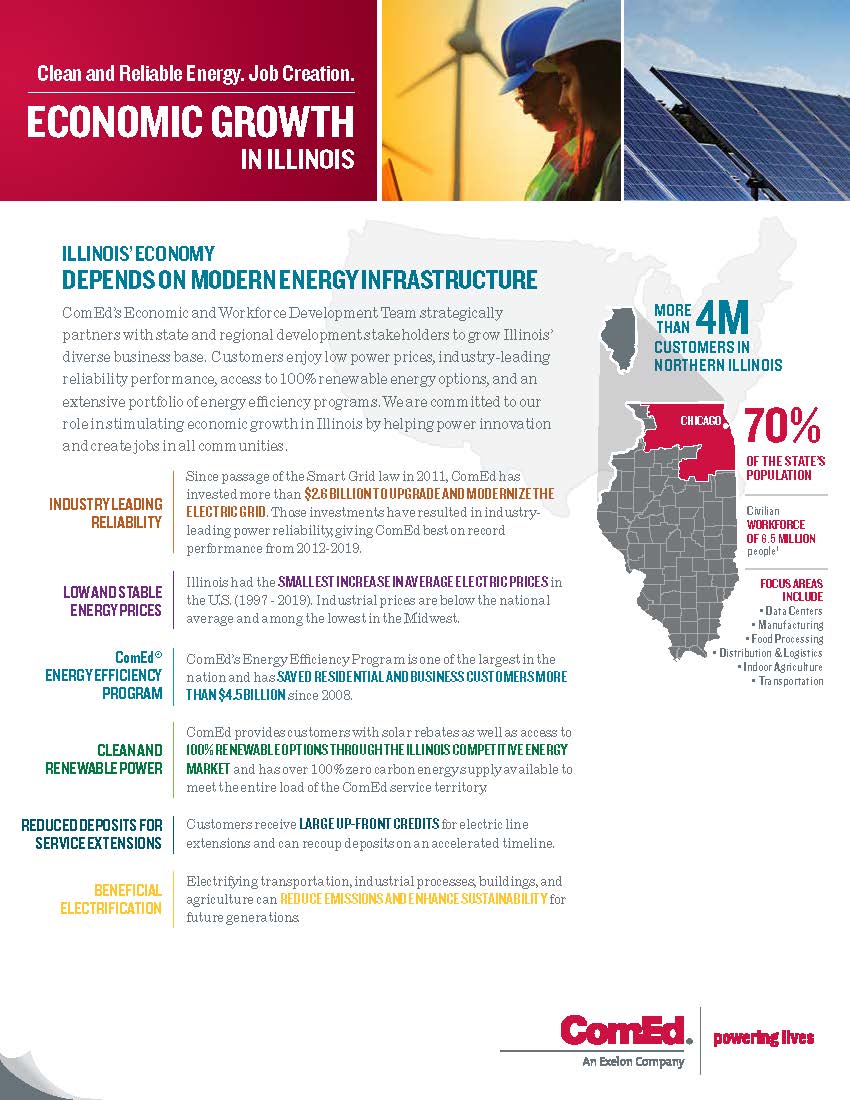 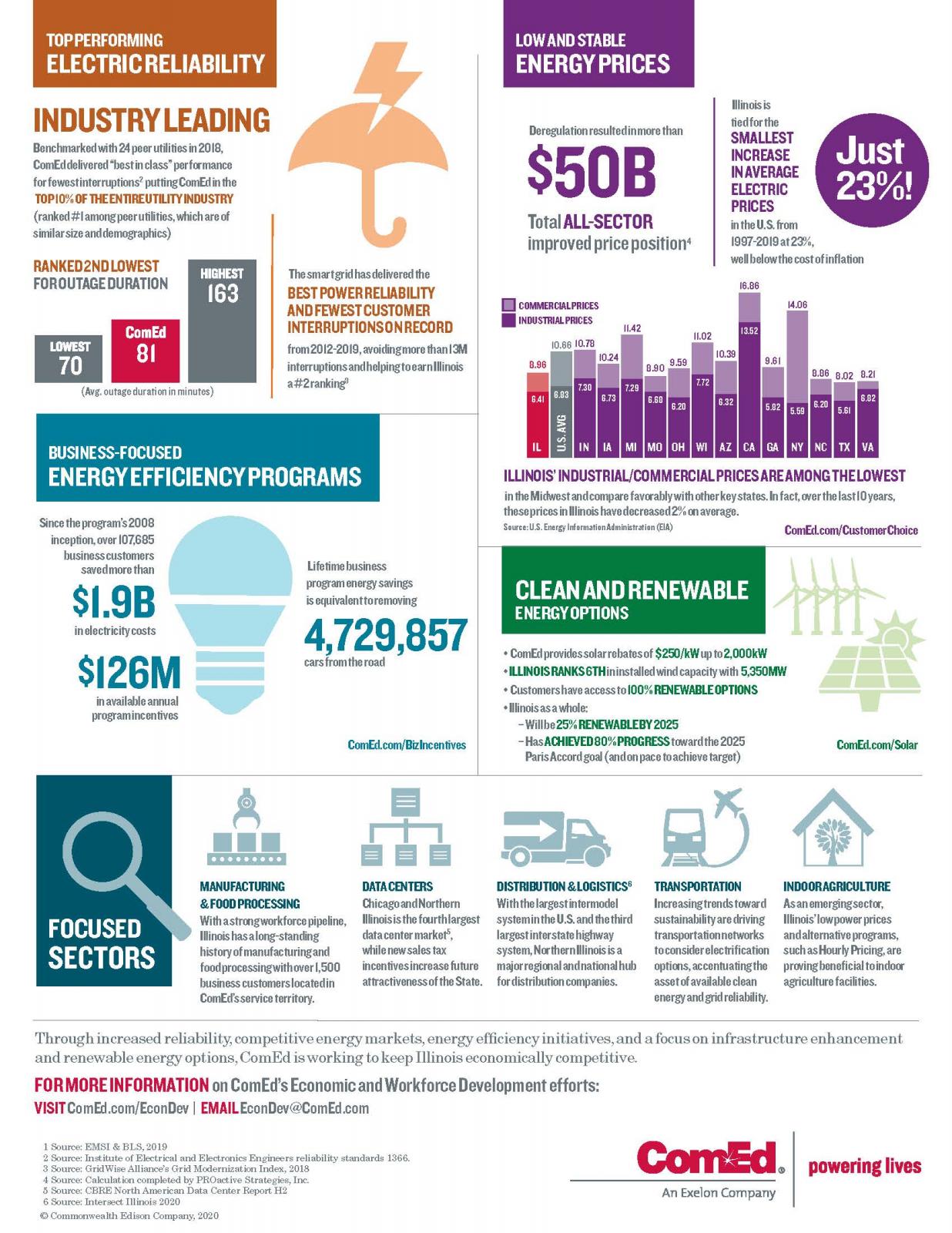 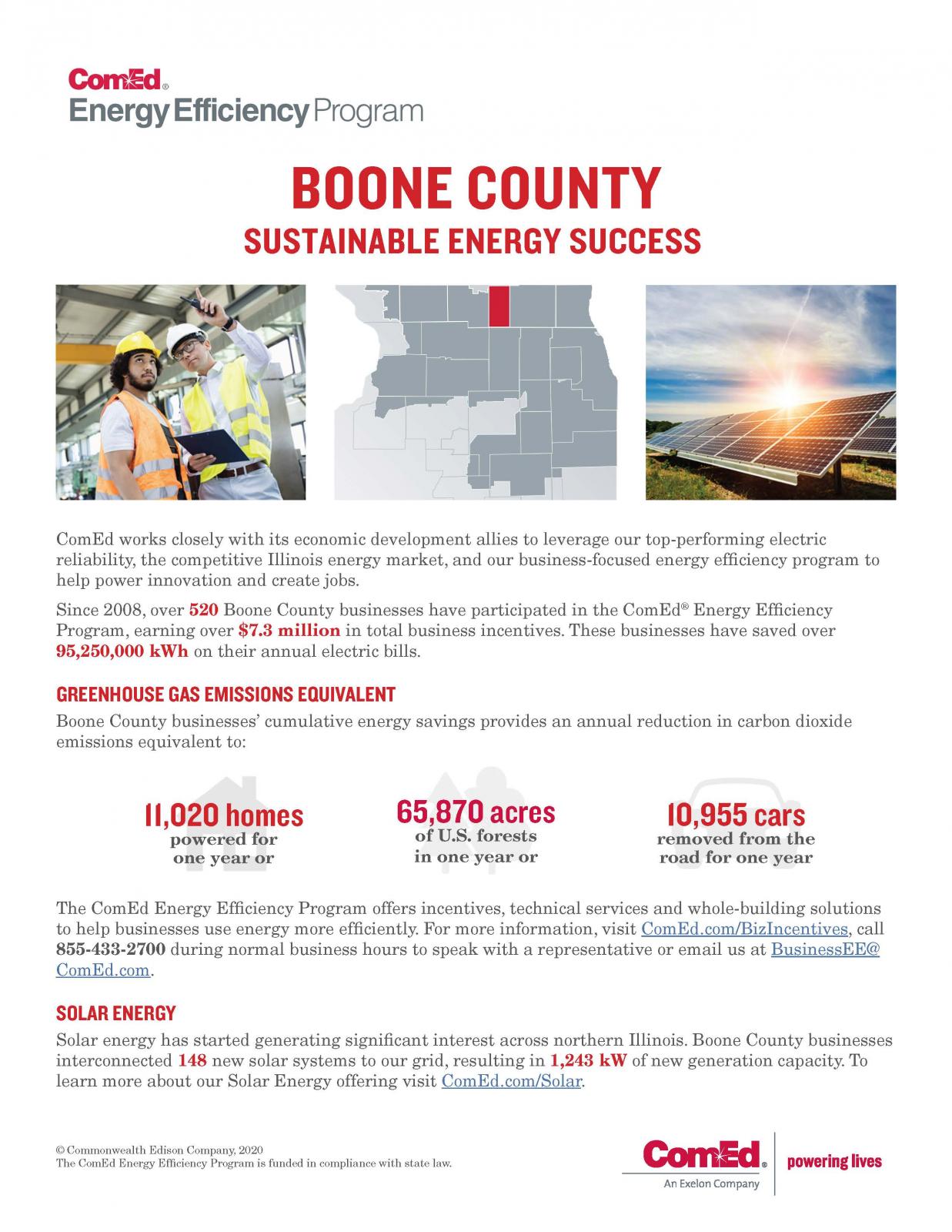 In order to deliver this service, Nicor Gas operates more than 34,000 miles of distribution system that is connected to seven interstate pipelines and one intrastate pipeline. We also own and operate one of the largest natural gas aquifer storage systems in North America, with eight natural gas storage fields capable of delivering approximately 150 billion cubic feet of natural gas annually.

Our more than 2,000 employees are dedicated to helping ensure that natural gas – an American, abundant, affordable and clean energy source – safely and reliably reaches more than 2.2 million homes and businesses. As a company, we are committed to investing in programs and initiatives that invigorate the economy, enrich the community, enhance diversity, promote education and support environmental stewardship. For more than 150 years, Nicor Gas and its legacy companies have been a part of the fabric of this region and we are proud to give back to the communities where we live, work and raise our families. 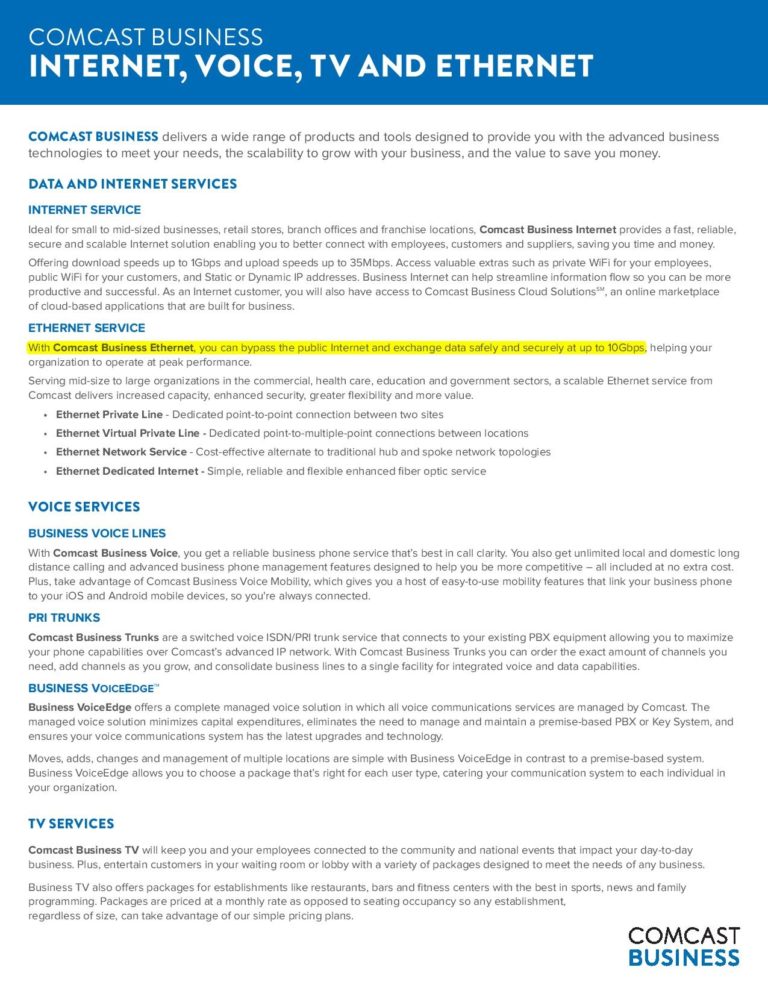 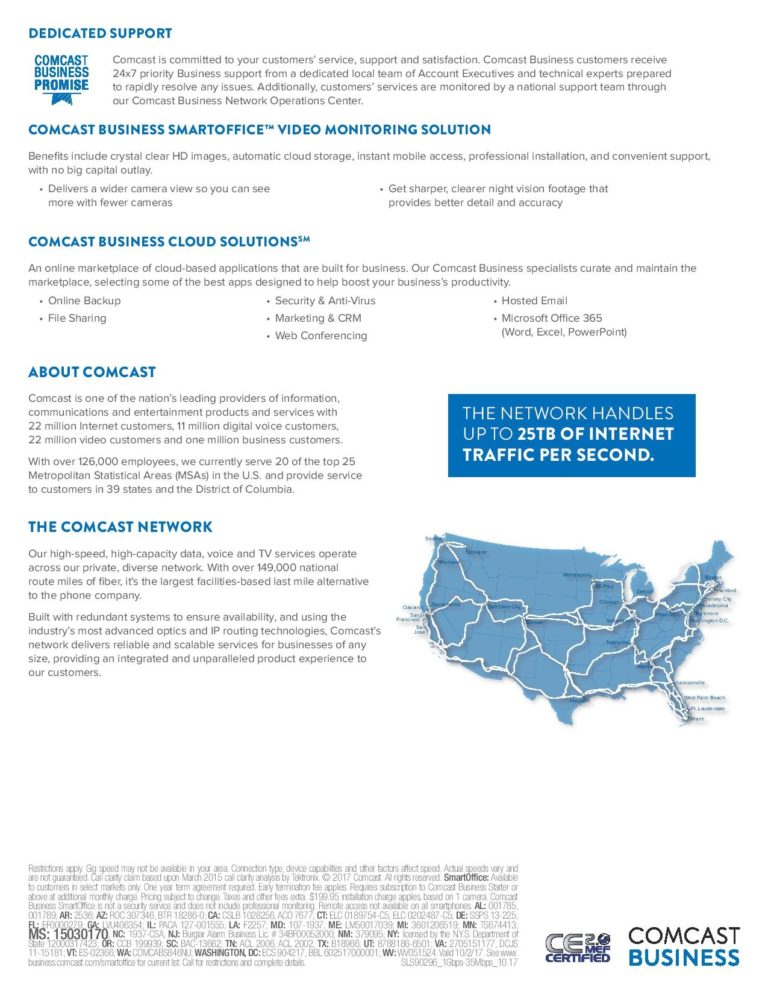 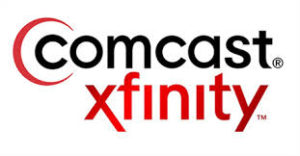