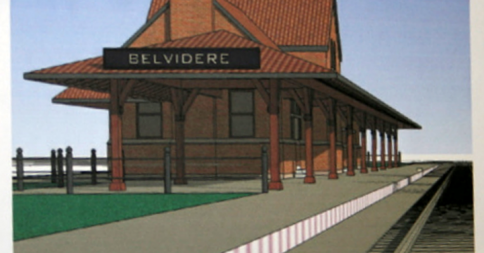 Construction of a Belvidere Amtrak station could begin before the end of 2014.

“I’m hoping to get started this year, but there are still a lot of steps to go through,” Belvidere Mayor Mike Chamberlain said.

The city will meet with engineers in the next two or three weeks to review technical aspects of the station’s design.

Stephen Ernst, executive director of the Rockford Metropolitan Agency for Planning, said that Boone County and Belvidere are “well along the way” toward finalizing construction plans.

The station and transit center would be built along existing train tracks north of City Hall between Main and State streets, according to a multi-phase downtown development proposal from 2005 posted on the City of Belvidere’s website.

Chamberlain said that the station could be completed toward the end of 2015.

EIGERlab To Host A Geek Breakfast

May 4 2014
ComEd releases their April 2014 Economic Development Fact Sheet regarding electricity in Northern Illinois. Illinois competitive energy prices are the 4th lowest commercial and 6th lowest industrial in the country. In addition, ComEd’s energy delivery reliability is top quartile in the industry and 2013 was their strongest reliability performance on record.   Continue Reading