HB3145 Could Impact Elections for Rock Valley College Board of Trustees

Our region is committed to economic success, our future workforce and business growth. Therefore, local communities have a vested interest in our education system.

Recently, HB3145 was introduced and passed in the Illinois House of Representatives, by a vote of 99-17. This House Bill is meant to amend the Public Community College Act, by changing the current means of electing College Trustees. This would allow for the creation of sub-districts for the election of college board of trustees, instead of an election at-large.

Overall Synopsis of the Bill Introduced

Synopsis As Introduced
Amends the Public Community College Act. Provides for the election of board of trustee members by trustee district rather than at large in community college districts in this State. Makes related changes. Effective immediately.

At this time, Rock Valley College appears to be the only district in the State of Illinois that meets the criteria of this amendment, as the revision excludes “Community College District No. 522, Community College District No. 526, or a community college district subject to Article VII, and in any other community college district with a population under 300,000 inhabitants within the district whose board has approved the election of board members by trustee district under Section 3-7d…”

On May 25, 2021, the Rock Valley College Board of Trustees adopted "Resolution Declaring Opposition to House Bill 3245." 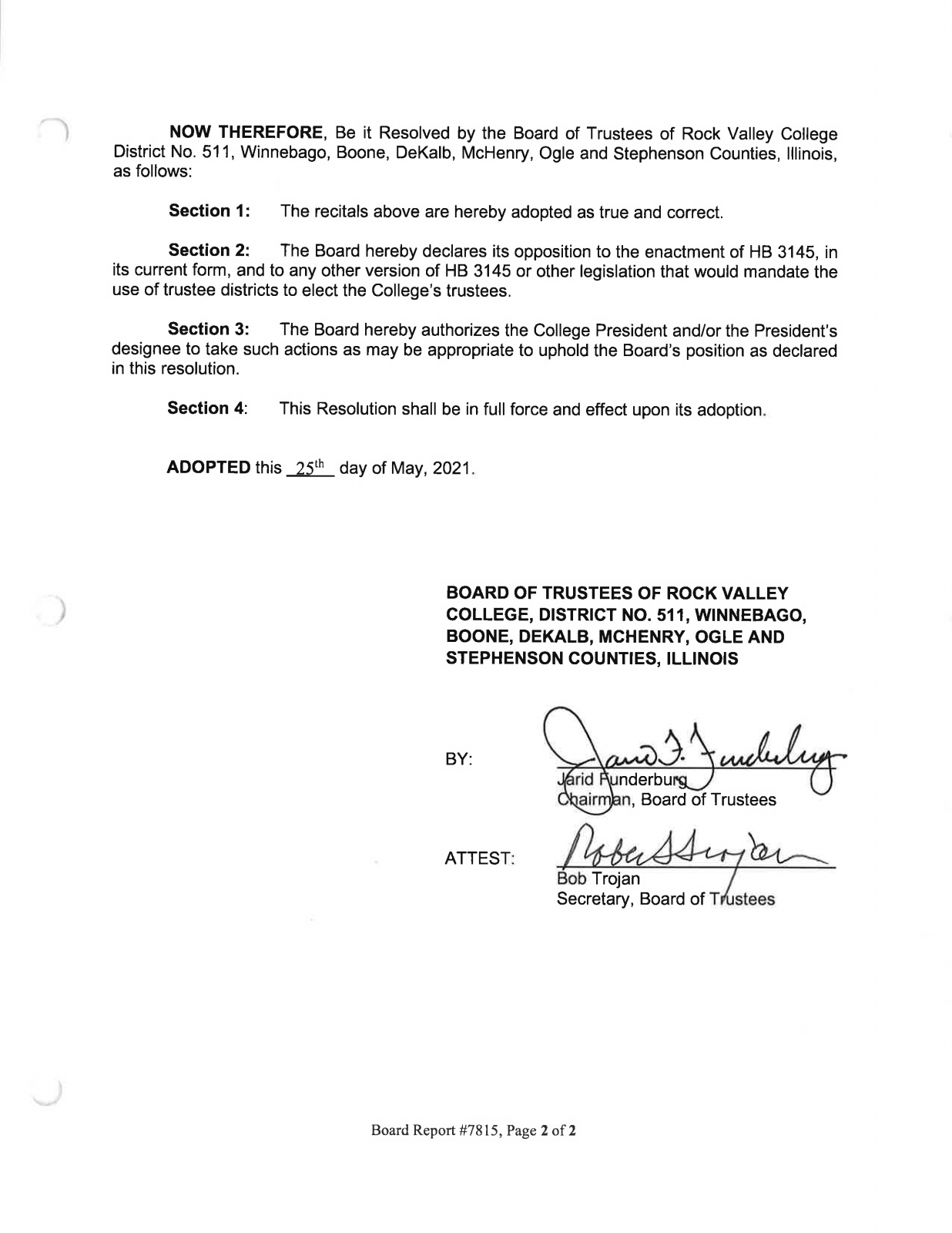 Contact your local State Representatives and Senators to ask questions and/or comment on this piece of legislation.

May 19 2021
Growth Dimensions Economic Development has increased our communication efforts to provide information about Boone County’s businesses, people and opportunities.  Over the last month, we were featured in multiple publications and made media connections for another. Below is some of the recent media coverage Growth Dimensions and Boone County received.   EDCs PIVOT T...Continue Reading