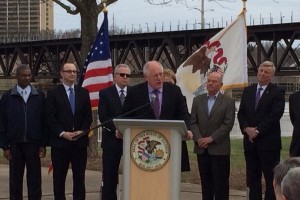 Governor Pat Quinn today announced a $223 million state capital investment that will create hundreds of jobs and restart Amtrak service between Rockford and Chicago beginning in 2015. The return of passenger rail to Rockford for the first time since 1981 will begin with one round trip daily between Chicago’s Union Station and a temporary station located in Rockford. Service will be expanded the following year and will eventually continue west to Dubuque, Iowa. The projects are part of Governor Quinn’s agenda to create jobs and build a 21st century infrastructure that will drive Illinois’ economy forward.

“We are excited regarding the economic potential created by routing the train through Belvidere and thank Governor Quinn for making this a priority,” Belvidere Mayor Mike Chamberlain said. “I would also like to again recognize former Mayor Brereton, Dave Taylor, Steve Ernst and the entire NICTI group for their tremendous efforts to create a transportation vision for Northern Illinois. This vision has become reality. Hurrah!” 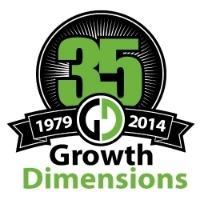 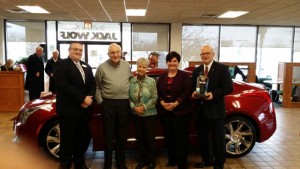