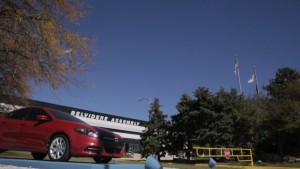 In September, workers completed another 28,478 Dodge Darts, Jeep Compasses and Jeep Patriots. Through three quarters, 244,317 compact sedans and SUVs have left Belvidere for dealers nationwide. That already surpasses the total vehicle production of 2009, 2010 and 2011. Workers are on pace to finish more than 300,000 vehicles in a year for the first time since 2007.

Chrysler, which is operating three shifts at the Belvidere plant, is the largest employer in Boone and Winnebago counties. The plant is one of the best success stories in the recovery from the Great Recession. As recently as June 2009, the plant was closed, the one shift of workers still active were laid off and not a single car was built as Chrysler reorganized in bankruptcy court.

Italian carmaker Fiat S.p.A took over the company during the bankruptcy. 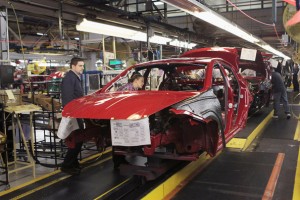 U.S. Sales Of Belvidere-Built Vehicles Back To 1998 Levels

Oct 19 2013
Dealers in the U.S. sold 15,374 Dodge Darts, Jeep Compasses and Jeep Patriots in October. Those three vehicles are put together by about 4,500 workers at Chrysler Group LLC’s assembly plant in Belvidere. The October 2013 sales were 25.6 percent higher than October 2012 and extended a string of 14 straight months tha...Continue Reading