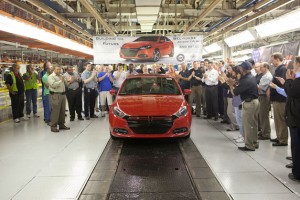 Chrysler’s Jeep brand finished 2013 up 3 percent with more than 490,000 sales. Jeep sales worldwide set a new record. The brand was led by the new Cherokee small SUV with 15,000 sales in December.

Jan 3 2014
The Belvidere School Board has accepted a three- to five-year strategic plan to help guide leaders through upcoming educational, financial and facility decisions. The district’s initiatives have been placed into nine categories. Below are all the initiatives, and the bold items are part of the district’s top goals. Dual language: expand the elementar...Continue Reading 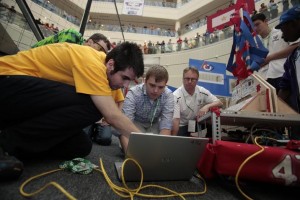 Jan 2 2014
High schools in Boone County are among dozens in the U.S. and Canada that have been chosen to share in nearly a quarter-million dollar fund from the Chrysler Foundation. Grants will help students to ready robots for run at FIRST Robotics Championship January 2, 2014 , Auburn Hills, Mich. – The Chrysle...Continue Reading

Dec 18 2013
The Rock River Valley Tooling and Machining Association (RRVTMA) is offering five $1,000 scholarships to high school seniors graduating in Spring 2014. This offering supports a focus of our association’s mission, namely, “promoting and emphasizing education”. It is our hope that awarding scholarships to high school seniors pursuing a manufacturing related degree progra...Continue Reading